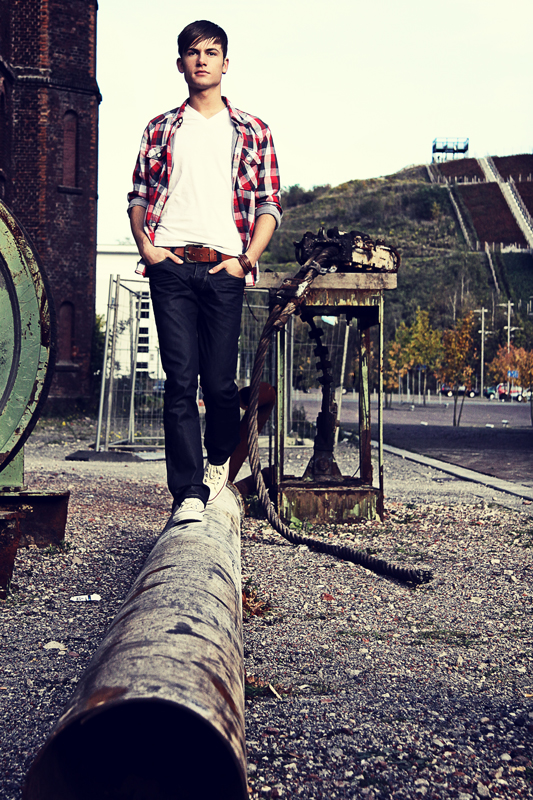 Lukas White
Child of Prometheus
(This Character Belongs to)

Lukas is very outgoing and friendly. He'd do anything to help anyone, even if they're a total stranger. Though he does not like to be backstabbed or tricked. If you're nice to him, chances are he'll be totally nice back. He's also openly gay.

Okay. My parents are Prometheus and Katherine White. My mother’s family are very rich and famous, even royalty in a few different countries. The deal in the families were that the first child that had a child got most of the wealth in the family. Then that child’s first child to have children gets the wealth and so on. Though none of the family members are suppose to know until the woman is pregnant with the child. My mother was the youngest, though the first to have a child. Her siblings refused to have children. Soon my mother found out that she’d inherit all of the family’s wealth and was over-joyed and became the center of our family. If you think about it, in my family, it’s not about money or anything. It’s about children and popularity. So if you have a trillion dollars and no children, you aren’t really that big. Because the way it worked was more children equaled more money. Though another way around it was to only have one child and save money that you would’ve spent if you had say eight children. That’s what my mother did. She never even married after I was born.

The day I was born, they started to plan my wedding. They started to plan who’d they ask to have my wife. It turned out they asked the Tall family, another wealthy family. They were glad to do it. So, Nacy and Paul Tall had a baby girl named Lysistra Tall. And from the moment she could understand anything, they got it in her mind that she would not marry anyone besides me. We grew up together as good friends and started to date when we were twelve years old. About a week into our relationship, my feelings were confirmed—I was not attracted to her in any way, shape, or form besides being friends.

I wasn’t attracted to girls. I tried to tell Lysistra this, though she freaked out when I told her this. She screamed at me that I would not take her chances away. She forced me to stay in the relationship. She told me that if I did not stay with her forever, she would tell my mother that I am gay and basically, my life would be ruined and the White family would lose all of their fame and probably wealth. Scared to death by the possibilities, I stayed with her for years. Until she was fifteen and I was sixteen. She decided that she did not want to be with a gay man at all. So, she planned to become pregnant with my child, have the child, then kill me. She would be able to keep her royal titles and stay a White even after I was dead. It was fool-proof. Marry for wealth and power the first time, marry for love the second time after you’ve murdered your husband. But when she tried to sleep with me, I had enough. I told my mother that I was gay. This is where she developed mental illness, I believe. She tried to kill me. I ran from her until I found a girl who saw I was in trouble and revealed that she was a satyr sent to watch over me until the time was right. She then took me to camp.

Retrieved from "https://rebc.fandom.com/wiki/Lukas_White?oldid=4153"
Community content is available under CC-BY-SA unless otherwise noted.